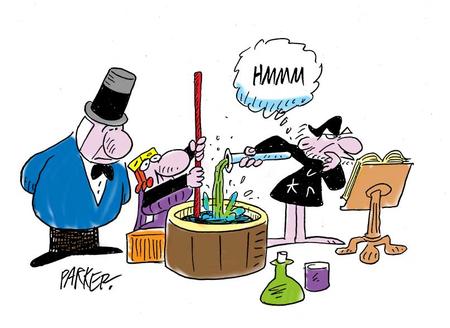 The Parker's and Hart's have collaborated for over 55 years, charming audiences with the “Wizard of Id” comic strip. Jeff and Nicola Parker worked closely with original creator's Brant Parker and Johnny Hart eventually co-writing and illustrating the strip until late 2016 when Hart's grandsons, Mickey and Mason Mastroianni began daily production of the strip.

​Want to read The Wizard of Id in Spanish? Check out the comics section www.creators.com