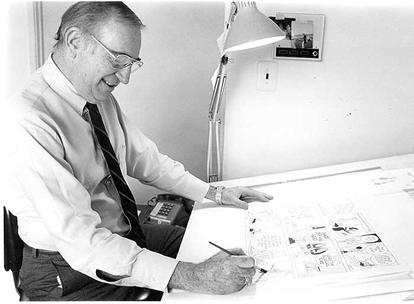 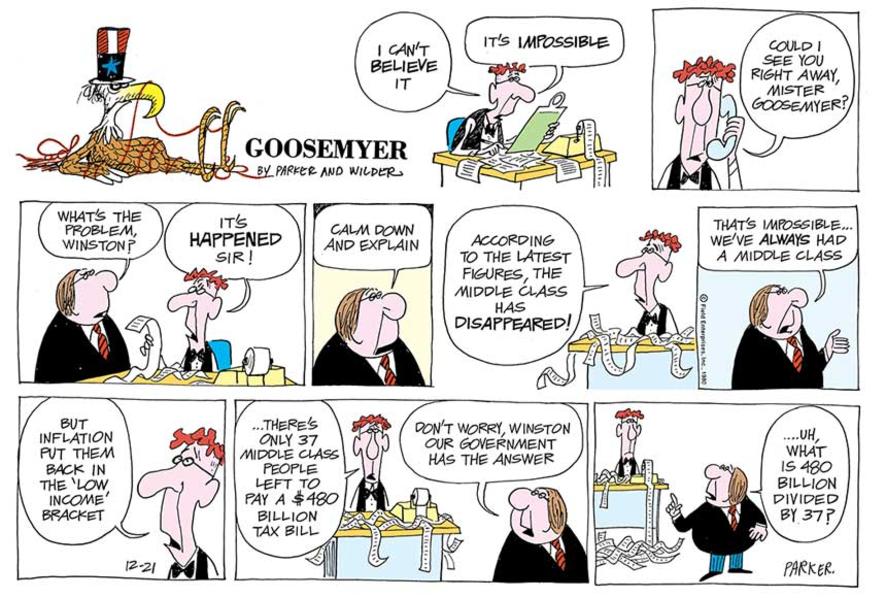 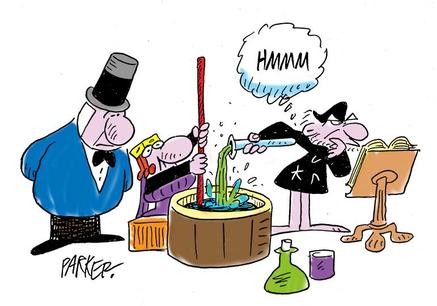 In 1987 Parker asked his son, Jeff to join him in the studio to work on Wizard of Id. Nicola Hodge (later to become Jeff’s wife) came on board in 1991, bringing her skills as an artist and illustrator and experience in interactive media development. The two worked with Brant Parker in his studio until 1997 when Brant retired from drawing the strip full time. Jeff and Nicola went on to work with Johnny Hart for the following ten years, until Hart’s death in 2007.  Jeff and his wife continue the strip in collaboration with the Hart family.

​In the late 1940’s, Parker moved to New York state with his wife Mary Louise. After another stint in the Navy during the Korean war, he took a position as staff artist with the Binghamton Press. It was there that he met Johnny Hart while judging a high school art contest in which Johnny had an entry. Their friendship was to change both of their lives and the world of cartooning forever.  From the beginning, they had a genuine respect for one another’s talent.  Parker and Hart collaborated nearly 40 years on Wizard of Id, with Brant as illustrator and contributing writer. 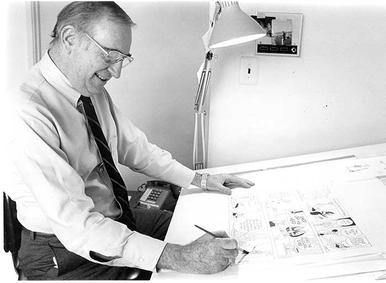 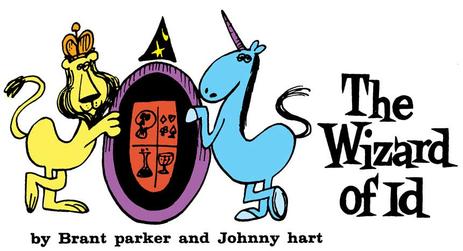 As a member of the National Cartoonist Society, Brant visited troops on numerous USO tours.  ​He was well known for his charitable work and for encouraging young cartoonists, many of whom went on to create award winning syndicated cartoon strips.

In the studio drawing"The Wizard of Id"

Brant Parker created "Crock" in 1975.  Parker was writer of the long-running parody of the Foreign Legion classic with cartoonist Bill Rechin as artist.   Later the strip was produced by Rechin with Don Wilder as writer and continued to run for over 35 years.  Reprints of the strip are still running today. 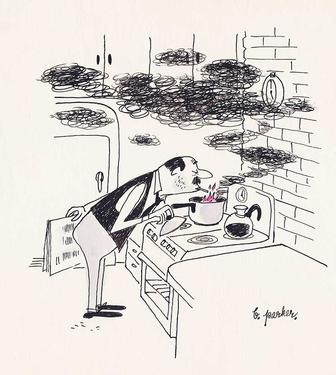 Brant passed away in 2007 leaving behind his wife MaryLou, five children and many grand and great-grandchildren.  People around the world continue to enjoy the enormous body of work that spanned six decades.  He is buried at Arlington cemetary in honor of his service in WWII and Korea. The Parker family continue Brant's legacy by sharing his art through charitable events.

Brant Parker created Goosemyer with Don wilder in 1980.  The main character "Fenton B. Goosemyer" was a government clerk hopelessly caught in bureaucratic red tape.  In an interview Parker once said the strip was a way of commenting on man's folly trapped in the system."  Goosemyer was a favorite with office-workers everywhere and received fan mail from Washington "insiders" and "outsiders" alike.  Recurring themes of office politics, red-tape, taxes and empathy for the "man in the middle" trying to do his best on the job make this strip as relevant today as it was in the 1980's.

The Wizard of Id

Brant Parker began his early career animating at Disney.  Later, after serving in the Navy in WWII, he published cartoons in magazines such as the Saturday Evening Post, Harpers and Colliers.  He is perhaps most well known for his collaboration with Johnny Hart on the syndicated cartoon strip "The Wizard of Id" which launched in 1964.  He created the cartoon strip "Crock" with cartoonist Bill Rechin and "Goosemyer" with Don Wilder as writer.

"We constantly receive mail from people who have a story about meeting my father or receiving a special drawing from him.  At Parkercartoons we look forward to celebrating his life and work by sharing fun photos, unique never-before-seen drawings and stories from cartoonists and cartoon-lovers around the world "